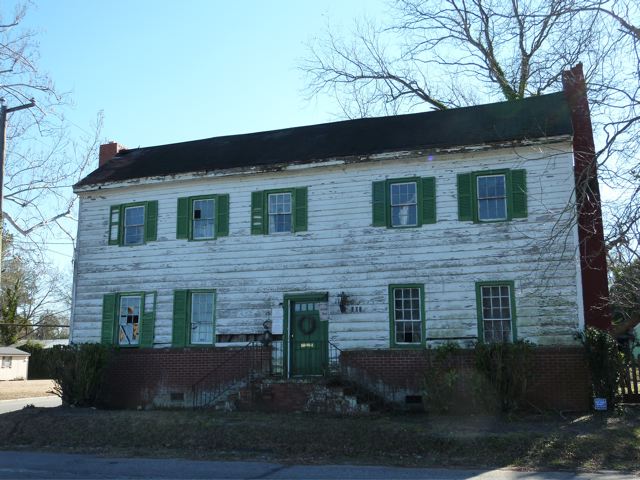 Courtesy of the Washington (North Carolina) Daily News, May 17, 2011

In 1814, physician Julian Picot, a French émigré, purchased a lot in the new town of .  He then erected a hall-and-parlor house typical of the Federalist period.  In 1844, Picot’s heirs sold the house to Robert Armistead, a physician.  After his death in 1857, the doctor’s house went to his brother, Thomas S. Armistead.  A wealthy merchant, Armistead owned twenty-three slaves.  Worth $61,000 in 1860, war and emancipation devastated Armistead’s finances.  His heirs lost the house in 1886.  After passing through a series of owners, Reuben  Pettiford purchased the property in 1914.  Born to a free black family in in April 1837, Pettiford apprenticed under his brother as a brick mason.  By 1900, Pettiford and his new bride moved to .  Pettiford descendents lived in the house until the year 2000.  In 2011, the family donated the building to the Town of .