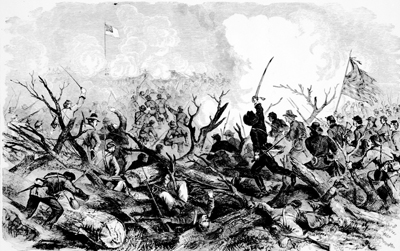 By the beginning of 1865, few Confederate soldiers or civilians believed they could win the war. Despite four years of hard fighting, defeat became an increasing reality. On March 19, 1865, Confederate General Joseph E. Johnston met the army of Union General William T. Sherman at the Battle of Bentonville. After several days of rigorous fighting, Johnston, gravely outnumbered, withdrew his troops in an attempt to join other Confederate forces, thereby escaping Sherman. 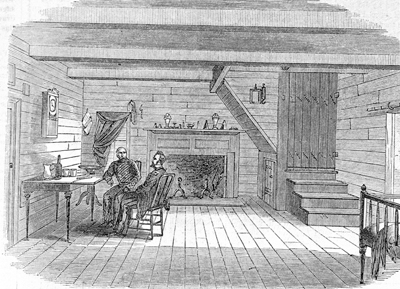 “You may take with you the satisfaction that proceeds from the consciousness of duty faithfully performed, and I earnestly pray that a merciful God will extend to you his blessing and protection.”

From Confederate General Robert E. Lee’s farewell to his Army of Northern Virginia on April 10, 1865.

“The war was now over but the chaos and poverty which followed lasted a long time.”

Taken from “My Childhood Recollections” by Julia Elliot of Perquimans County.

No other war in American history has come close to the Civil War in directly affecting so many families. As both black and white soldiers returned home from war, they faced an uncertain future along with their families. They grieved for the loss of loved ones—whether by combat, capture, disease, or accident. They felt disheartened by the loss of homes and property. They experienced the pain of dealing with the devastating effects of war to their bodies and surroundings.

Many people rejoiced upon reuniting with family members separated because of slavery. Freedom gave former slaves choices about their employment as well as responsibility for their livelihoods. Some former slaveholders struggled with the loss of labor, rising debts, and taxes. Divided allegiances between those who had supported the Confederacy and those who had opposed it required mending. Families faced enormous challenges because of the war but they endured.