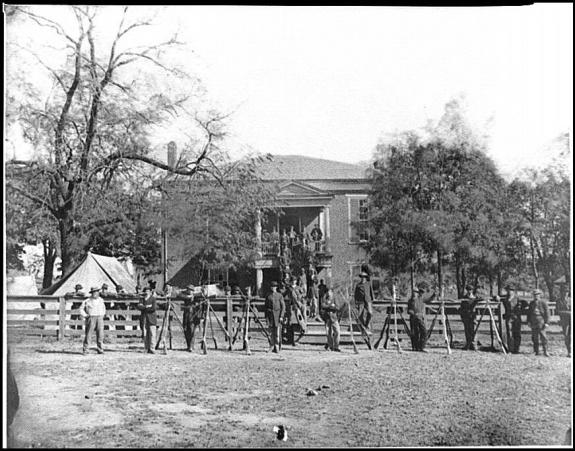 
Jerome Bunnill Lee was born March 27, 1835, in Currituck County, where he was raised in Poplar Branch and resided in Tulls Creek after marrying Lydia Grace Baxter on July 21, 1858. He enlisted in the Confederate Army on March 31, 1862. He began as a private but was made corporal within two months of enlistment. On June 19, 1863, Lee was among 20 prisoners captured at Middleburg, Virginia, and taken to Old Capital Prison in Washington, D.C., where he was confined for six days before being paroled and exchanged on June 30. From December of that year on, Lee was 3rd lieutenant. He was among the 28,231 soldiers who surrendered at Appomattox, hungry and exhausted.

When he arrived back home in Currituck, he found that his money was worthless and the South had been reduced to poverty. In 1868 he sold his plantation at Tulls Creek and built a house on the Currituck Sound, where his wife, Lydia, died in 1875, 12 days after the birth of their fifth child, who died at birth. The next year, he married Mary A. Hutchins, who gave birth to four children and died in 1884. Two years later, he married his third wife: Sarah Rebecca Messick from Norfolk, where they lived with their son. Lee eventually returned to Currituck and died on March 16, 1919. He was buried in his Confederate uniform with his medals pinned to his coat.