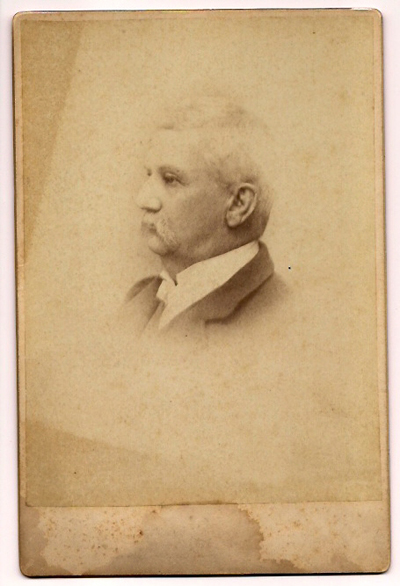 Courtesy of the Museum of the Albemarle


Richard Benbury Creecy was born in Chowan County on December 19, 1814, and attended Edenton Academy and the University of North Carolina as a young man. Although he studied law, he continued farming in Elizabeth City until he entered the field of journalism. In 1844 he married Mary B. Perkins, with whom he had ten children. The leading sescssionist in Pasquotank County, Creecy called for the South to leave the Union as early as 1859.  During the war, Creecy was spokesperson for Pasquotank County citizens who traveled to Raleigh with a petition asking Governor Vance to prohibit conscription in the area so as to move forward in reconstructing war-stricken Elizabeth City and the surrounding areas. The committee was unsuccessful. After the Civil War, from 1870 until 1903, Creecy edited a newspaper in Elizabeth City called The Economist. In 1901 he published his work, Grandfather’s Tales of North Carolina History. Creecy died in 1908.