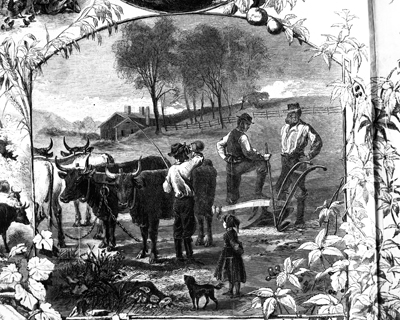 
In 1860, and were the most populated towns in the region.  Residents of these towns were fishermen, laborers, merchants, a few large plantation owners, and the majority of people farmed. Popular crops were cotton, potatoes, and corn. Slaves and free blacks made up 48 percent of the region’s total population.

Deteriorating Relationships between North and South 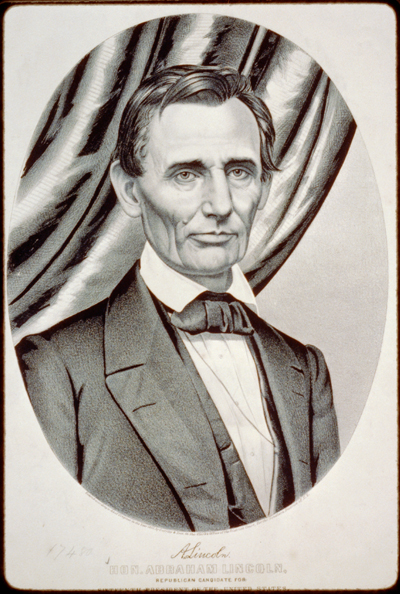 “Yes today, I fear, will seal the sad, sad fate of our country’s history, for this is the day for the inauguration of a President. That will cause a dissolution of our Union; and we know not what other ill will follow.”

Taken from the diary of Annie Darden of Hertford County on March 4, 1861. 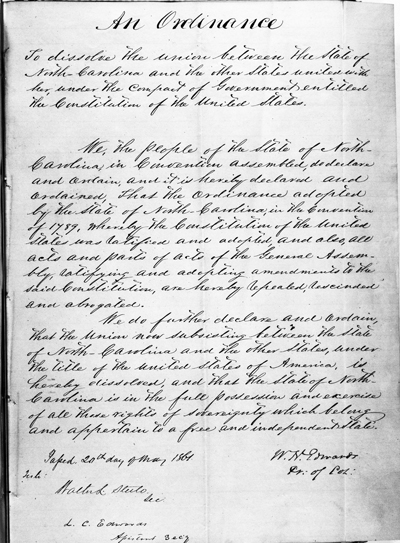 North Carolina will “be not party to this wicked violation of the laws of the country, and to this war upon the liberties of a free people. You can get no troops from North Carolina.”

North Carolina Governor John Ellis in response to a telegram from the United States Secretary of War Simon Cameron requesting regiments of North Carolina soldiers, April 15, 1861. Governor Ellis could not officially refuse the request from President Lincoln. According to the North Carolina constitution, the General Assembly was the only body that could authorize a denial to the President.


Repeated crises and mounting tensions eventually led South Carolina, Mississippi, Florida, Alabama, Georgia, Louisiana, and Texas to meet on February 4, 1861, and form the Confederates States of America.  North Carolina’s deep ties to the United States led to much debate about secession and caused divided allegiances. With the firing on Fort Sumter, an announced blockade of the Southern coastline, and Lincoln’s demand for troops to force the seceded states back into the Union, North Carolina left the Union on  May 20, 1861.  Within four months, Virginia, Arkansas, Tennessee, and North Carolina had joined the Confederacy.